COVID's Impact on the Workplace, and What It Means for Public Accounting Firms 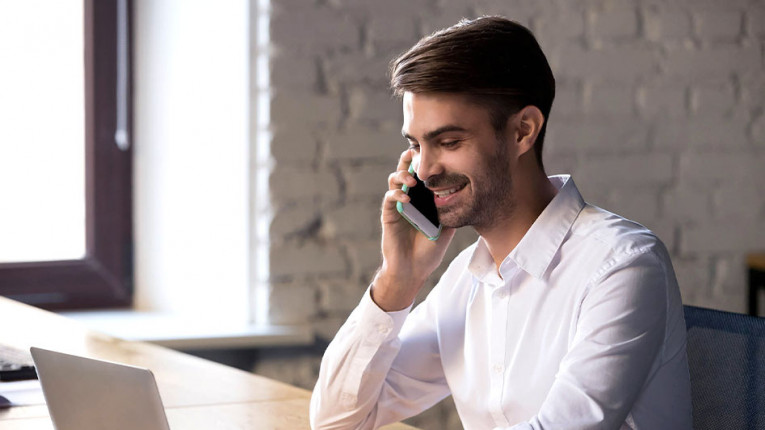 It’s Friday, March 20, 2020. Times Square is historically calm and quiet. The I-405 is eerily empty when only days before cars inched through Los Angeles on the country’s most congested highway. And the offices of public accounting firms stood quiet. COVID-19 has arrived.

Like a chain of dominos, unlikely scenes materialized across the nation as stay-at-home orders blanketed once-bustling cities. During this time, traffic data reveals notably faster driving speeds for the few cars left on the road, painting a portrait of the times: people weren’t leaving home to earn money or spend money. Essentially, the economy was on standby.

In many ways, the COVID-19 pandemic stopped Earth on its axis. The economy came up against incomprehensible odds: an invisible virus shutting down workplaces around the globe. As a result, the way people work is rapidly changing. And many organizations look to temporary workers to fill gaps.

The difference between gig workers and on-demand teams

One of the most notable changes amid the pandemic is an uptick in the gig economy. But what is gig work, exactly? Indeed defines the gig economy as “a general work environment where large numbers of people work as independent contractors and freelancers instead of full-time employees.” In short, gig work is synonymous with freelance and contract work. While companies like Uber and Lyft brought the gig economy into the spotlight, it exists beyond ridesharing apps.

For the past couple of decades, the gig economy has been steadily growing. From 2005 to 2015, the number of flexible work arrangements increased by 9 million as the number of traditional full-time employees decreased by 400,000.

But the gig economy is riddled with shortcomings. Due to its rapid growth (especially during the pandemic), there’s been little regulation to protect workers and the clients they serve. Some states are even taking action against the unregulated use of independent contractors. For example, California recently instituted a law known as AB5 that reclassifies many independent contractors as regular employees. The intent is to give workers access to full rights under traditional labor and employment law—but it poses serious challenges for companies who rely too heavily on gig workers.

So, what’s the alternative? On-demand teams, like Makosi’s virtual and onsite audit professionals. With on-demand teams, professionals receive the training and support they need to succeed. In turn, organizations gain access to a global network of qualified talent to fill specific positions for a certain period of time.

The gig economy has gained increased traction with companies during the COVID-19 pandemic. The appeal is that independent contractors and freelancers often cost less, which appears beneficial when revenue is unstable during transitional periods. But the short-term gain doesn’t always pay off.

The downside of relying on gig workers during times of crisis

Since the COVID-19 pandemic began, freelance service platforms like Fiverr and Upwork have seen a surge in demand. Upwork’s chief economist Adam Ozimek cites a third of all Fortune 500 companies are now using the platform. According to Ozimek, “Companies are having to pivot very quickly and to quickly adapt to remote work and having to change their businesses in a variety of ways. Some of them are trying more flexible talent and finding it works, especially in circumstances where you need to move quickly and grow and scale dynamically.”

Gig economy talent platforms like Fiverr and Upwork function similarly to eBay or Amazon: anyone can list their service. In many cases, aside from user-generated reviews (which can be prompted by incentives or posted by bots), gig platforms provide unreliable results. And because they have no standardized quality control or oversight, companies often pay the price.

It remains apparent: the need for flexible talent is there. But many companies remain unaware of a better alternative to gig work. Take Makosi’s agile, virtual enabled workforce, for example. While there are some similarities between the gig economy and on-demand teams, Makosi’s auditors are not gig workers. We maintain a carefully curated roster of highly qualified on-demand audit professionals, allowing public accounting firms to find the talent they need right now.

While the gig economy may be booming in light of recent events, it offers little predictability or protection to workers. Apps and platforms that promote gig work offer no benefits and rarely invest in their workers’ careers. Although the cost savings might benefit companies in the short term, we must ask: what is the long term cost to our workforce, economy, and society at large?

The truth is, there’s never been a greater need for a remote and agile workforce. Work still needs to get done, and gig workers are showing up to do it. According to Ardent Partners’ VP of R & D Chris Dwyer, “Freelance business is up; businesses are facing a ‘mini-crunch’ not unlike a recession. But, work still needs to get done, and agile talent is replacing some percentage of permanent staffing in the short-term.”

But gig workers aren’t the only ones who can fill workforce gaps in times of crisis. Makosi auditors are intentionally placed with firms to help with work flux, project management, and large contracts based on specific skills, fit, and client needs.  While gig workers typically receive no career development opportunities or ongoing support, Makosi’s agile teams receive the support they need each step of the way. And the firms that deploy on-demand teams reap the benefits of a highly-motivated and skilled workforce.

Despite the increased demand for gig workers, one question remains: is there enough demand to support the new surge of freelancers?

As millions of recently laid off and furloughed employees turn to the gig economy, talent platforms have seen a notable uptick. Freelance talent platform Upwork, for example, has seen a 50% increase in freelancers signing up to work. Likewise, Talkdesk, a new customer service gig platform, received 10,000 applications in the first ten days.

With increased saturation, gig workers earn less for the same amount (or more) work to undercut costs and stay competitive. Although low-cost freelance work looks like a win for companies, it negatively impacts morale, quality output, and long-term ROI.

Whereas, when firms partner with Makosi, they get on-demand teams who are hand-selected, trained, and paid competitive wages. Our audit seniors also receive ongoing professional coaching and personalized placement to ensure they meet our clients’ expectations. The result? Increased morale among teams who willingly go above and beyond—as opposed to poorly paid freelancers who need to rush through work to make ends meet.

A powerful partnership: How public accounting firms can benefit from Makosi’s on-demand teams

As the COVID-19 pandemic continues to create uncertainty, more organizations turn to contractors and gig workers to cut costs and fill temporary needs. However, due to lack of support and quality control, gig work can cause more harm than good over time.

Luckily, there’s a better option: on-demand teams. With Makosi, public accounting firms can integrate top talent to account for seasonal workloads and fill skill gaps. The benefits of our on-demand, virtual-enabled workforce include the ability to:

The accounting industry faces several challenges today. First, the AICPA estimates that approximately 75% of its members will be eligible to retire this year. Meanwhile, factors like increased seasonal demand, paired with the cost of recruiting and retention and a shrinking pool of skilled candidates, threaten the future of audit.

As the pandemic continues to transform the way organizations do business, on-demand accounting and audit professionals become critical to ensuring firms stay flexible during seasonal demand. Makosi is one step ahead of the game with a roster of knowledgeable and proficient audit seniors that can integrate with teams (virtually or on-site) in a matter of hours—without the usual costs of hiring and maintaining a full-time staff year-round.

With industry-wide change—ranging from generational differences to the pandemic-induced remote workforce—organizations that refuse to adapt will die. Contrarily, those that evolve will emerge at the forefront. By acknowledging the drawbacks of gig workers and embracing qualified on-demand teams, public accounting firms can tap into specialized skills when they need them. These skills are especially true during crunch times when full-time employees often lack the bandwidth to learn a new skill.

The gig economy existed before COVID-19 and, although it may evolve in some facets, it will continue post-pandemic. But one question remains: Should firms hire full-time employees or gig workers? For forward-thinking firms, the answer is neither.

There’s a third path approach to audit. It doesn’t replace in-house teams or turn to temporary gig work. The alternative is to harness the flexibility of on-demand audit professionals to meet organizational needs. Makosi’s audit professionals are not gig workers: they include carefully selected, on-demand teams that complement your internal resources, drive performance, and benefit your bottom line.

Makosi isn’t another freelance talent platform open to anyone and everyone. We support our team and your company every step of the way. Curious how Makosi’s audit seniors can add value to your workforce? Get in touch. 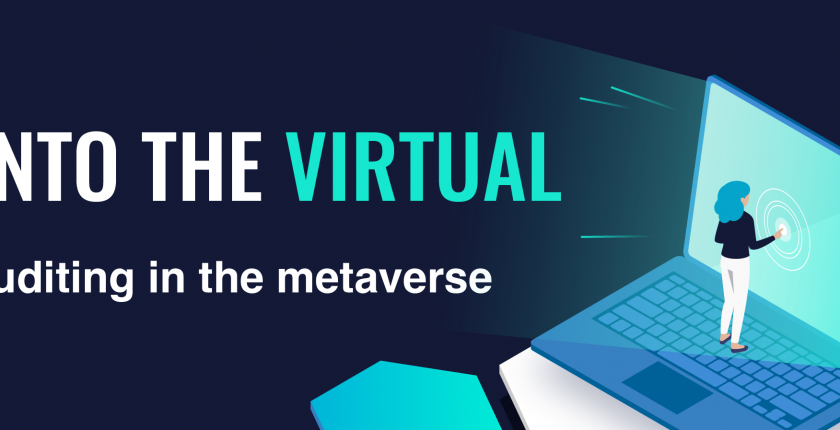 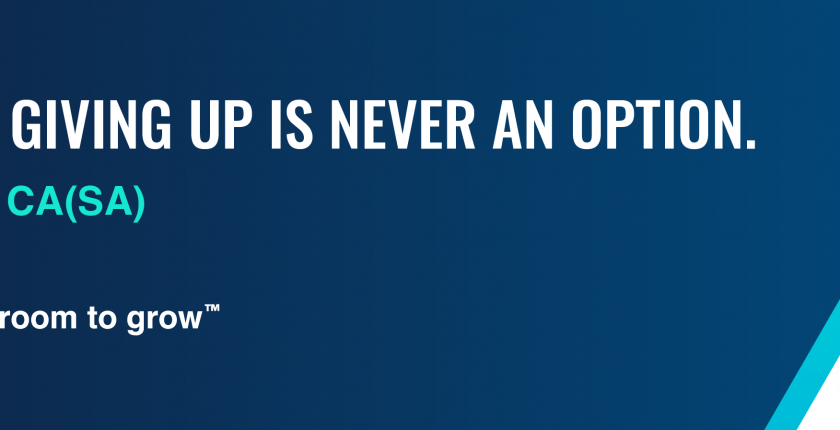 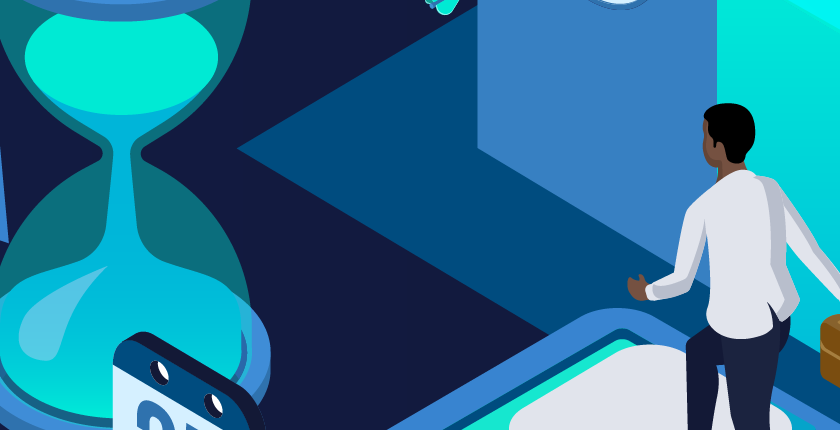